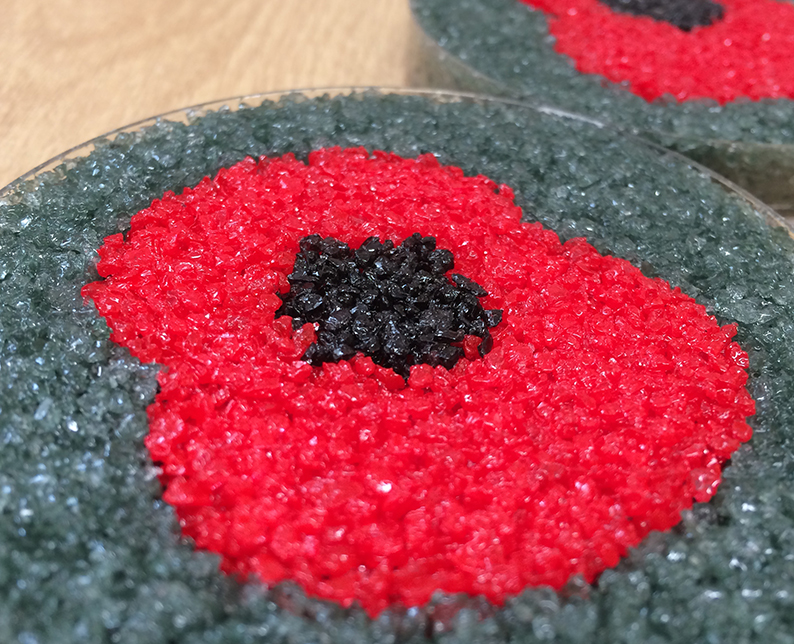 Resin Bound specialists SureSet have launched their 2014 Poppy Appeal with limited edition poppy samples that are available to order from the company until November 11th. To commemorate the centenary of World War One, SureSet have hand crafted their poppies and are donating £1 to the Royal British Legion for every one requested

On 11th November 1919, the first anniversary of Armistice Day, King George V declared this day ‘Remembrance Day’ and dedicated it to people whose lives had been lost during the War. Since then, at 11am on 11th November every year, millions of people observe a two minute silence at to remember people affected by all conflicts.

The First World War veterans who founded the Royal British Legion in 1921 chose the poppy as a symbol of Remembrance and their Poppy Appeal, in aid of those serving in the British Armed Forces.

We received ours this week and want to spread the word about this ingenious and generous way of donating with SureSet, you can request your resin bound poppy.