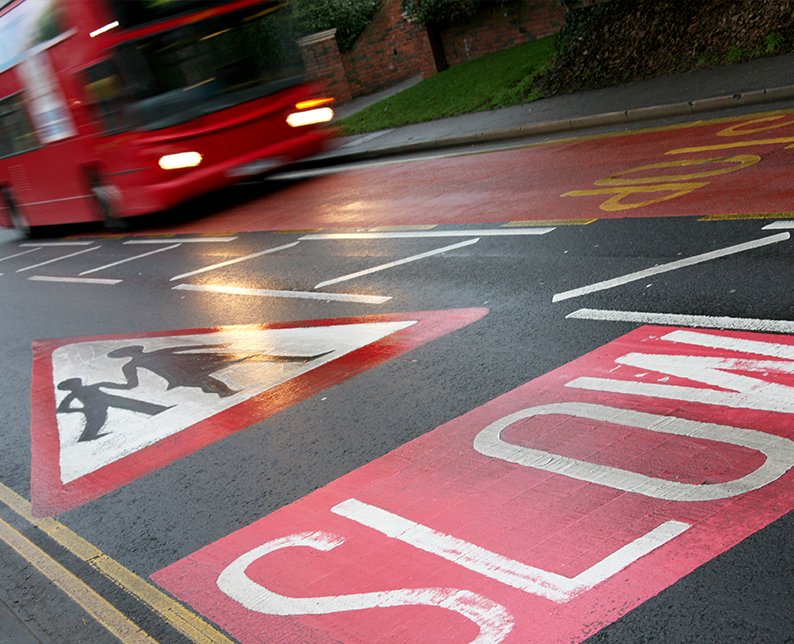 At the end of last year Transport Secretary Patrick Mcloughlin announced an unprecedented level of funding for the maintenance and construction of the UK’s road network. The proposal, which includes £4.7 billion worth of backing for local councils to repair pot holes along with the construction of 1,300 new lane miles nationally, seeks to reverse the attitude of tackling problems in infrastructure on a short term basis. The pledge of £15 billion signals a positive and sustainable shift within the highway maintenance industry, however it raises various challenges which must be addressed before the proposed schemes can be fulfilled.

With the Highways Agency estimating that between 20,000 and 60,000 tonnes of quarried aggregates are needed for the construction of a single mile of motorway, and with a target of 80% of all Highways Agency roads needing to be resurfaced over the next 5 years, the demand for high specification aggregates is at a premium.

New road networks are required to have a minimum life expectancy of ten years and must be able to withstand 10,000 vehicles per day whilst being sustainable and safe for drivers. The Highways Agency ‘Sustainable Development: Vision and Action Plan’ proposes that roads must “provide a national network that allows safe, efficient movement of goods and people, in a cost effective manner which minimises environmental and social harm and seeks enhancement wherever possible”. This quest for sustainability will define the need for alternative surface treatments on new build and existing roads, with undoubtedly high friction surfacing playing an increasing role in meeting these guidelines.

The government’s investment in the UK’s road infrastructure comes at a time when road safety is paramount in the public eye; skid resistant surfaces provide a sustainable solution in both increasing road longevity and decreasing road traffic accidents.

High speed skid resistance and its dependence on macro-texture systems will inevitably lead to a heightened demand for aggregates with a high Polished Stone Value (PSV). The PSV rating of calcined bauxites and other specialised aggregates, determines their inclusion within highway surfacing, in areas of braking, acceleration and manoeuvering at speed. In these areas the pulling force of the moving vehicle exceeds the limiting friction force that is generated by the current contact between the tyre and the road interface.

The physical properties of aggregates such as calcined bauxites, iron silicates and chrome slags create the harshness and coarseness of the finished surface, increasing the friction force that acts upon the vehicle. In wet weather, the angular nature of these aggregates facilitates the breakthrough of water films which develop on the road surface, substantially increasing contact between the tyre tread and the road below.

The high specification of aggregates in skid resistant zones means that their production process must be closely monitored. Each aggregate source is meticulously measured to ensure that it meets industry requirements in Impact Value (AIV), Abrasion Value (AAV) and its Polished Stone Value. PSV values in excess of 58 are generally used in highway wearing courses; however, aggregates with a PSV rating of 70 and above are more commonly used in skid resistant surfaces.

The durability of materials is a major consideration when specifying aggregate in the system as this will lead to a reduction in cost and maintenance. Durability is measured through the Los Angeles Coefficient (LA), which determines its resistance to fragmentation and its placement on the Moh scale, measuring its hardness to other materials.

Aggregates are washed to remove excessive dust particles which lessen the effect of resin binders. After this they are dried to remove moisture which can create separation between the aggregate, the surface beneath and the binding agent, resulting in problems at installation and decreasing the life expectancy of the system. The aggregate is then screened to determine various sizes of granules for use in a wide range of applications. Skid resistant surfaces typically incorporate 0.9-1.4mm and 1-3mm Calcined Bauxite which is laid on top of the resin coating creating a raised texture on the surface.

The durability of high performance skid resistant aggregates means that their longevity exceeds that of standard tarmac systems, making them a more sustainable alternative to bitumen surface dressings in terms of durability and performance. The significant reductions in wet weather skidding and aquaplaning that high friction surfaces provide, mean that they offer social and economic benefits as a result of fewer accidents on the road.

The proposed expansion in road infrastructure will lead to an increase in demand on white lining materials, along with coloured aggregates for lane demarcation schemes. With many local Councils already carrying out bus lane constructions and high friction surfacing on a national scale, this extensive surge in product requirements will potentially put a strain on imported high performance minerals such as bauxite, but also the processing capacities of companies providing the dried aggregates and minerals for UK sourced products. With high friction surfacing potentially seeing a major increase over the next five years, the suppliers and installers of these products will play a pivotal role, under increasing pressure, in delivering the Government’s long term strategy to provide a sustainable, safer road network.

Long Rake Spar work closely with RSMA and the UK’s major system installers, producing an extensive selection of high friction surfacing and white lining aggregates and sands for use within high friction surfacing. Dan Travis – Special Products Manager at Long Rake states “quantifying the demand for these products needs to be closely monitored from the design and development stage, through to us, as suppliers of these products. This ensures a seamless, continuity of supply of not only the imported products such as Bauxite, but also the staple everyday aggregates and sands used in the implementation of high friction surfacing and white lining.”

If local councils and national government are truly committed to providing UK-wide improvements in road infrastructure then high friction surfacing must be a serious consideration for the Highway Agency and planners in reducing traffic accidents and increasing the life expectancy of roads.