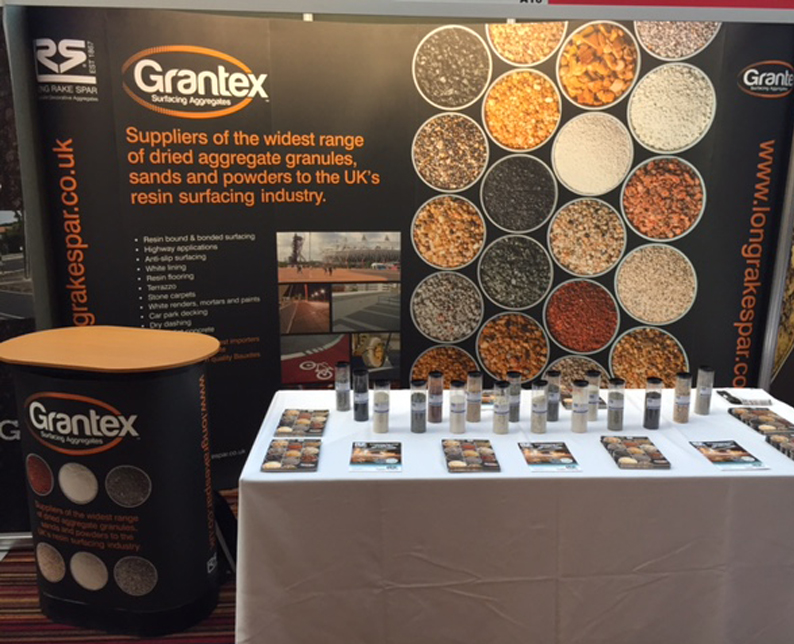 Grantex Surfacing were at the RSMAs’ Roadmarking Live Show this week on the 11th and 12th and thoroughly enjoyed catching up with some familiar faces.

We were there introducing two new Anti Skid products to our already extensive range, the Baltic Blue 1-3mm and a new size of the CCKC in a 2-5mm. We already supply the CCKC in 4 other sizes and with a PSV of 78 it certainly generated a lot of interest!

We enjoyed attending several of the seminars and particularly enjoyed the speech from Andrew Jones the MP titled ‘What good looks like from a Government perspective’ which got quite heated at the end, and the following talk from Terry Morgan the Chairman on ‘What good looks like – Skills for an expanding Industry.

A lot of laughs were had over the two days, especially while watching the after dinner comedian! We would like to thank everyone who came to the stand to speak with us, and we hope to see you again next year.