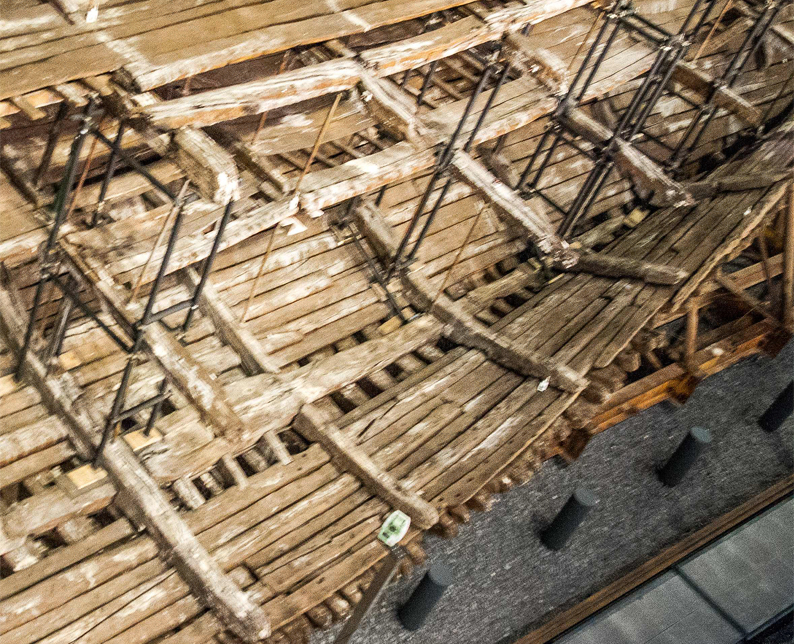 The story of the Mary Rose spans almost 500 years and Long Rake Spar are thrilled to have played an (albeit very small) part in it.

The new Mary Rose museum that has been built around the ship opened in 2013, and they recently contacted Jewson’s to provide them with some pebbles that would be representative of the sea bed. As the supplier of the widest range decorative aggregates to the UK, Long Rake Spar were contacted by Jewson to organise delivery of 4 tonnes of their Black Pebbles, that were specially washed and dried for the project.

The Mary Rose was a successful warship for King Henry VIII from 1511-1545, almost the entire duration of his reign. There are numerous theories as to why she sank, the most likely being that it was down to human error by either the captain or a crew member in the middle of a battle with the French in Portsmouth. The only confirmed eyewitness account of the Mary Rose’s sinking says that she had fired all of her guns on one side and was turning when she was caught in a strong gust of wind.

After her sinking in 1545, there have been long periods of time when the Mary Rose has been lost to the world. She was accidently re-discovered by fishermen in 1865 when they caught their nets on timbers protruding from the ship. Divers were employed to salvage some items, however the ship was then forgotten about until 1965 when a search team formed as part of a project to locate shipwrecks in the Solent. In 1966 a chart from 1841 was found that marked the position of the Mary Rose and in 1971 the Mary Rose was found and more articles were salvaged.

It wasn’t until 1982 that excavation of the ship was completed and on the morning of October 11th the ship was raised in the Portsmouth Historic Dockyard where it now rests on a bed of pebbles supplied by Long Rake Spar.

Long Rake Spar recently visited the Mary Rose Museum to take pictures of their product in situ. Unfortunately due to the glass partition, the low lighting and ‘no flash ‘photography’ signs, the pictures of the ship weren’t as clear as they would have liked. However the Mary Rose is a fantastic sight to behold and Long Rake Spar are delighted that it rests on one of their products.